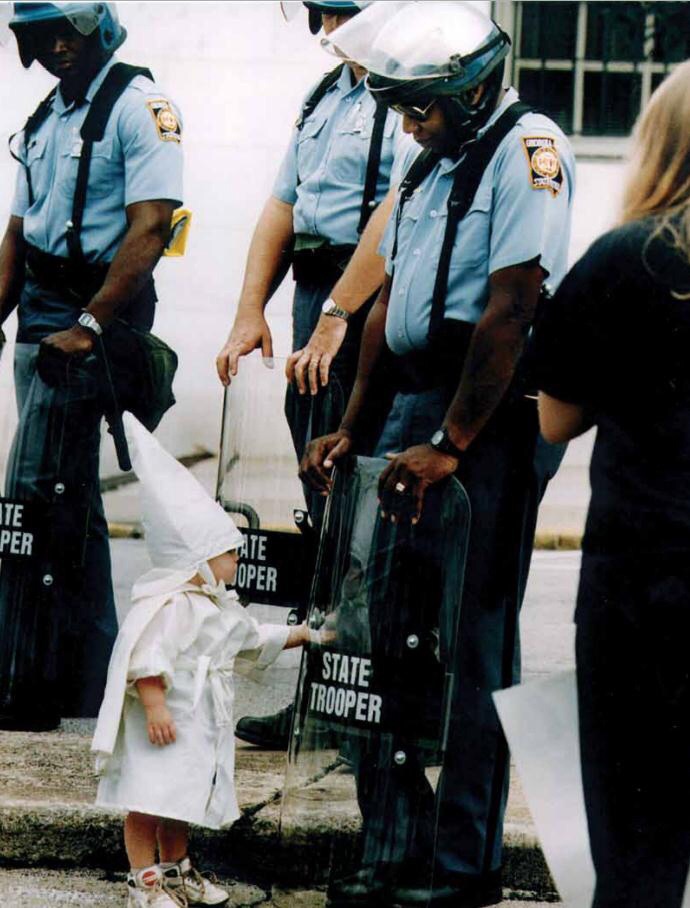 Millions of emotions were going through out my body when I saw this photo.  This kid in the photo most likely doesn’t have any understanding of KKK or what his parents are doing.  He doesn’t see any difference between this African American State Trooper and him.  He doesn’t see the color.  He doesn’t see the reason why he is wearing this funny looking head thing.  However, this kid more than likely will be raised to hate non-White people.  I hope he doesn’t.

By looking at this photo and thinking about my friend, I thought that we, adults are responsible to teach young children true freedom.  Giving them knowledge to decide what they want to do and to be in the future.  Parents of this kid in the photo are raising their kid to be KKK (I assume).  But if he didn’t want to be that?  What if he wanted to play with African American neighbor kid?